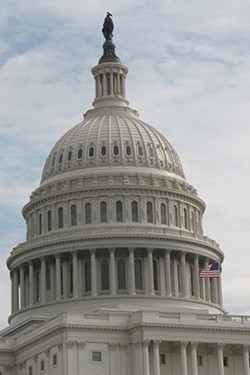 ASA Immediate Past Chair Bob Blancato testified before the House Appropriations Labor-HHS Subcommittee today in Washington, D.C. on FY19 funding for elder justice programs. The transcript from his testimony is below, and you can also watch the hearing in the video below. Bob's testimony begins approximately 18 minutes into the video.

On behalf of the bipartisan 3000-member Elder Justice Coalition, I thank you for the opportunity to again appeal for adequate funding for elder justice in America. Today, I testify in support of funding the HHS Administration for Community Living (ACL) Elder Justice Initiative at $25 million, the ACL Older Americans Act Title VII programs at $46.7 million, and the HHS Administration for Children and Families (ACF) Social Services Block Grant at no less than $1.7 billion. I also testify in support of new funding for an Advisory Board on Elder Abuse, Neglect, and Exploitation, called for in the Elder Justice Act, at $500,000. Further, I testify in support of increasing oversight on the Centers for Medicare and Medicaid Services (CMS) and directing HHS opioid funding toward victims of opioid-based elder abuse who have been overlooked to date.

First, thank you for your bipartisan leadership in the passage of the Fiscal Year 2018 omnibus appropriation bill, particularly for elder justice. We appreciate the $1 million increase for the Long-Term Care Ombudsman Program and the $2 million increase for the ACL Elder Justice Initiative. We also thank you for rejecting the President’s call for the elimination of the Social Services Block Grant (SSBG) and funding it at $1.7 billion.

Thank you as well for other funding increases in the Older Americans Act (OAA), leading with the $59 million increase for nutrition. A home-delivered meal is more than a meal; it is a daily safety check which can prevent elder abuse. Meals provided under the OAA can also prevent malnutrition, which contributes to elder abuse, most notably self-neglect. Thank you also for the increases in the Supportive Services, Family Caregiver, and the Native American Programs in the OAA. Collectively, these increases will all help in the fight against elder abuse. Further, we oppose all efforts of rescission of these critically-needed resources and we urge the OMB not to delay obligating funds intended for Fiscal Year 2018.

The national menace of elder abuse continues. The Justice Department estimates one in ten older adults will experience abuse annually. In fact, close to 50% of people with dementia will be abused. Financial abuse alone costs its older victims $2.9 billion a year. The direct medical costs of injuries and care related to elder abuse exceed $5 billion a year. And, as the Senate Special Committee on Aging has found, for every reported case of abuse, there are five times as many that go unreported.

We track daily stories of elder abuse. In Cleveland, Oklahoma, a nursing home worker recently was arrested for physical abuse of a patient with dementia, and another in Mannford was arrested for striking a 93-year-old blind woman. In New Haven, Connecticut, two women stole over $800,000 from an older woman’s bank account over ten years.

Sadly, our federal response continues to lag. Or, put another way, it is still about the money. The specific Fiscal Year 2019 asks of our bipartisan Coalition are:

We also ask for vigorous oversight of CMS to ensure no further rollbacks in regulations aimed at protecting nursing home residents and that they respond in a timely manner to reports of abuse in long-term care facilities, lengthy timeframe failures that were identified in a recent HHS Inspector General report.

Further, the opioid crisis has a tie to older adults and elder abuse; older adults are misusing opioids such as oxycodone, hydrocodone, and fentanyl; and are victims at the hands of those who seek to take or misuse their medications. We must ensure that older adults’ medications are kept safe from predators.

On a bipartisan basis, as Congress has responded to the opioid crisis, we ask that some of the new funding be directed toward vulnerable older victims of opioid-based elder abuse who have been overlooked to date. Specific resources are needed in our communities for the aging network, APS, the ombudsmen, law enforcement, and others to develop plans for coordination, collaboration, data collection, referrals, and particularly training to address elder abuse tied to opioid addiction. We also advocate for programs such as safe drug disposal and other education and awareness activities directed at older adults. And, we strongly advocate that ACL be one of the HHS operating divisions to receive funds. While FDA, SAMHSA, and others should receive funding to address regulation and treatment, ACL also needs funding to address the impact on our social services networks of APS and the supportive services needed to restore older people to independence, free of abuse. The Elder Justice Coalition looks forward to working with the Subcommittee on this.

The Elder Justice Coalition is involved in a project to gather information about the relationship between opioid use and elder abuse. Focus groups have been held in four states (Kentucky, Ohio, Virginia, and West Virginia) with representatives from Adult Protective Services (APS), the State Attorney General’s Office, Mental Health/Substance Abuse Services, Law Enforcement, Senior Services, and the Medicaid Fraud Control.

Multiple APS representatives in these focus groups estimate local double-digit percent increases in elder abuse and exploitation in recent years, solely because of family members, caregivers, and others having opioid-related problems. Elder financial exploitation was the predominant form of abuse, resulting in older adults going without their pain medications or their resources running out, which leaves them vulnerable to being victims of self-neglect.

In 2014, when I last testified, you not only listened—you responded with first time funding for the Elder Justice Act. The need is still there and growing. We hope you can again respond with further increases in elder abuse prevention, which are genuine investments that save us billions in other health care costs.

Elder justice should be more than an aspiration. It helps define quality of life for an older adult, which can never be achieved while there is elder abuse. Its prevention must be our national mission. The problem of elder abuse is not stopping—nor should we be stopping our commitment to combat it.

Bob Blancato is National Coordinator for the Elder Justice Coalition, and an immediate past Chair of the ASA Board of Directors. He is President of Matz, Blancato Associates in Washington, DC.