Future-Proof | Register here for Pandemic and Policy: The View From D.C. on May 28 at 1 p.m. PDT/4 p.m. EDT featuring Bob Blancato.

Editor’s note: This past January, ASA surveyed its members about what it takes to be a leader in the field of aging, what members would like to learn about how to develop leadership knowledge, skills and abilities, and who best personifies leadership. ASA members identified respected leaders in aging—many of whom are well known to the ASA community and to the field at large. This following Q&A with Bob Blancato is the first in a series of leadership profiles we will feature in Aging Today and online at ASA’s AgeBlog in the coming months. Update: On March 24, Bob Blancato authored this letter to the ASA community on the cancellation of ASA's annual conference and the COVID-19 pandemic.

Bob Blancato is president of Matz, Blancato and Associates—a consulting, coalition management, advocacy, communications services, public relations and lobbying firm in Washington, D.C. He serves as National Coordinator of the bipartisan 3,000-member Elder Justice Coalition and of the Defeat Malnutrition Today coalition and is the Executive Director of the National Association of Nutrition and Aging Services programs.

In his more than 20 years of service in the Congressional and Executive branches, he has been senior staff of the U.S. House Select Committee on Aging and, in an appointment by President Clinton, Executive Director of the 1995 White House Conference on Aging. Blancato chaired the ASA Board of Directors from 2016 to 2018 and is on the National Board at AARP, as well as being on the Advisory Panel on Outreach and Education of the Center for Medicaid & Medicare Services. In 2011, he was knighted by the Italian Republic.

Bob Blancato: I think there’s a level of compassion and a personal stake in being an effective leader in the field of aging. If your sole focus is on the older adults you are serving, that grounds you as a leader. Those who fail to keep that in mind—it weakens their effectiveness as a leader.

BB: Networking is critical to this world of ours. You share common experiences—say you run an association, you share similar issues with others in running an association. But because the field of aging has grown so much in the past years, unless you network outside your area you’re not going to know everything you need to know—you really need those contacts.

BB: My biggest regret is that I didn’t have the proper education—I took no courses in gerontology or sociology, which might have prepared me ahead of time. I entered the field during an assignment working for New York Congressman Mario Biaggi. My B.A. in American Government and Masters in Public Administration might have helped a bit. But it’s a great development that we now have specialized programs like the Health and Aging Policy Fellows program and new schools of gerontology, which will prepare people to come in with more on the education side than some of us had. 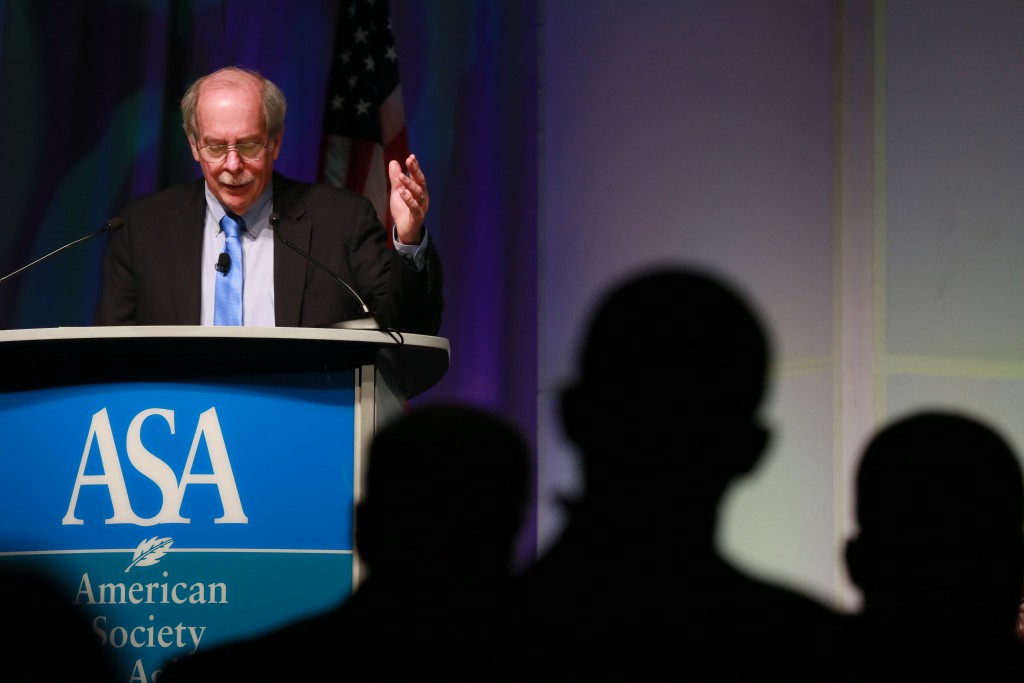 BB: I’ve had a few. I guess maybe the 1995 White House Conference on Aging would be one. I was appointed by President Clinton and sworn in January of 1994 to produce a conference in May 1995. That was the least amount of time ever given to plan and execute one of these conferences.

We were starting with that limited time frame. What proved to be most helpful in gaining whatever we achieved was built through relationships with people in the aging network who could help shape the recommendations and activities at the grassroots level. The challenge of coming in cold was overcome by virtue of these relationships and the network’s interest level in wanting to be involved in the conference. It turned out to be okay, but it was daunting in beginning. Probably my biggest challenge. I do thank my friend Fernando Torres-Gil for his guidance and support when he served as Assistant Secretary on Aging.

BB: Always care about what you’re doing. Maintain integrity throughout your working process. Know when to compromise, but not concede. Be confident in your own abilities. Hire people who are smarter people than you are. Try to have as few regrets as possible.