Fighting a Pandemic in the United States in the 21st Century: We Need a National Testing Strategy 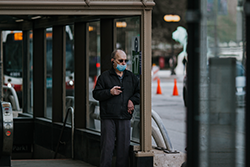 What have we come to in this age of COVID-19? Testing, which has the ability to bring us a simple set of medical facts upon which providers can base life and death care and treatment decisions, has become an ethical and economic dilemma. Plus there’s plenty of magical thinking to go around—across the political spectrum and the states.

But do we have time to debate this? Can we afford not to get the science right and base policy on evidence?

It’s well known that 30, 40, up to 80 percent of COVID deaths in the states occur in nursing homes. For the record, this happens because: older individuals suffer more acutely and are more likely to die of COVID-19 than younger people; individuals in nursing homes are usually there because they have multiple chronic conditions; nursing homes are congregate living settings; and in the time of COVID-19, many family members and responsible nursing home providers seek to preserve comfort and quality of life by allowing their loved ones to remain in the nursing home rather than being transferred to the hospital when they are near the end of life.

On May 14 the President declared that he planned to put an aggressive COVID-19 testing program in place for nursing homes. CMS followed on May 18 with a recommendation that in order to prepare for “reopening,” nursing homes should conduct baseline testing on all staff and all residents, then follow a weekly testing schedule after that. (Reopening may be a stretch here, as nursing homes never closed.) CMS advised each state to develop a nursing home testing plan.

When asked how providers could get their hands on sufficient test kits, and the money to cover the costs of testing, CMS Administrator Seema Verma suggested providers should talk to their governors. She and other Health and Human Services (HHS) officials further made it clear that there are more than enough testing resources available around the country. Bottom line: the view of the federal government is that states are on their own to solve this one.

In the absence of a national nursing home testing strategy, governors have put in place a dizzying kaleidoscope of requirements and coverage provisions. New York’s executive order, which has morphed since it was first issued, requires staff to be tested twice a week. Alas, usually if the second test is conducted, say, on a Thursday, the results of the first weekly test from that Monday are not yet back.

Colorado just put in place a requirement that testing be done in nursing homes with 100 or more residents. South Carolina, Kentucky and many other states paid for one-time testing. The Minnesota Moonshot, which originally aimed to conduct 20,000 tests a day in the state but has since scaled back, prioritized nursing homes but has been slow to take off because it is unclear who will cover the cost. Other states are clear that the responsibility to pay falls on the provider. New Jersey mandates testing, but does not pay for it.

Tests cost between $100 and $200 each, although LeadingAge members report being charged anywhere from $50 to $360. Here are some sample outlays by providers for test kits and lab services so far: one provider in New Jersey who serves about 200 people estimates it will cost $50,000 a week to test all residents and staff. Another in North Carolina is looking at $600,000 for the rest of 2020. Yet another in Kansas estimated it would cost $80,000 per month. Required testing in New York will cost $44 million per week (all to be born by providers).

Testing of residents, who are largely Medicare beneficiaries, is covered, but federal policy has to date been unclear regarding whether repeat tests and tests on asymptomatic people are covered. For staff, health insurance (if they have it) will likely cover one test, if the person has symptoms, but one must obtain a prescription. Mandatory testing, if we turn to private insurance to pay for it, is going to drive up everyone’s insurance premiums.

Then there’s the issue of access to test kits and lab capacity. In New York, the twice-a-week staff testing mandate will necessitate 370,000 tests per week. Right now labs are at capacity, working as hard as they can analyzing 27,000 tests a day. Sixty-five percent of labs in the state said they could not work any faster. Uniquely, providers in New York are required to sign and certify that they are conducting the mandatory tests or face criminal penalties.

Who will conduct all these tests? Already staffing-challenged nursing homes are stressed to the limit during the pandemic. In many states, such as Massachusetts, Maryland and Minnesota, the National Guard has been called out to conduct tests. But someone has to be paid to analyze the tests. Also, the person administering the test needs personal protective equipment (PPE), every time. Need we talk about PPE scarcities and costs?

It is estimated that about 25 percent of COVID tests on asymptomatic people come back positive. States, of course, are all over the place in what to do about staff in those cases—some let them work in COVID-19 cohort units—but a typical requirement would be that the asymptomatic person be quarantined for 14 days. With staffing shortages at emergency levels, provisions will have to be made and paid for to ensure there are sufficient staff to provide care while others are quarantined at home.

And then there’s science. Viral testing accuracy has been questioned, with estimates that with the most commonly used tests, there are as many as 48 percent false negatives, and some number of false positives. Partly this may be due to poorly collected samples, or the sample sitting too long prior to being analyzed. Turnaround time is lessening for test results, but nursing home providers report that it is still, on average, 2.8 days. A lot of other people can be infected during that time.

If you think a country in the middle of a pandemic, with an imperfect but evolving evidence base about the science, validity, and frequency of testing, is well-served by 50 different approaches to testing and paying for testing, you aren’t paying attention. Sure, there is the Provider Relief Fund and other CARES Act funding for states to fight COVID, but we need a dedicated federal testing system that prioritizes congregate settings where older people live.

We need a national COVID-19 testing program that covers the costs of testing, as often as is necessary, for all aging services staff and residents. Congress should mandate that the President use the Defense Production Act to increase the amount of testing available. There should be a concentrated federal effort to improve the accuracy of tests and to make sample collection less painful and intrusive. Nationally collected data, transparently available, will inform our understanding of this infection and how to treat it.

Testing is one of the few weapons we have so far to fight the coronavirus. We aren’t going to test our way out of COVID-19, but the only way to fight it is with an evidence-based, federally funded and administered national testing strategy. We owe this to the memory of the more than 100,000 people who have died of COVID-19 in our country, including the more than 40 percent who died in nursing homes or assisted living communities.

Ruth Katz is senior vice president of Public Policy and Advocacy at LeadingAge in Washington, DC.