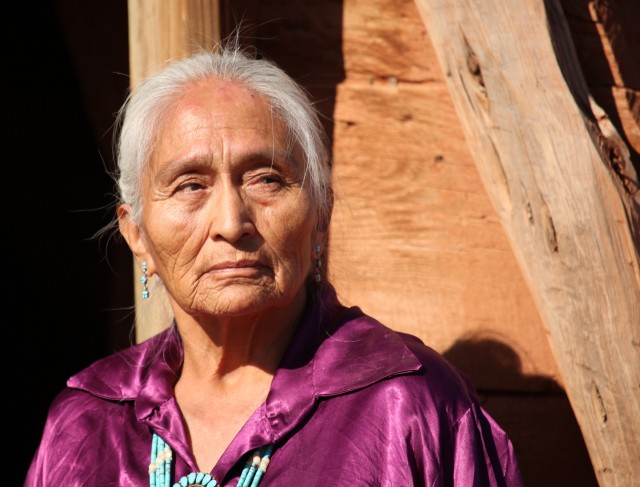 Indian healthcare is in trouble. That reality worsens with the potential loss of the Affordable Care Act (ACA), which has at least partially begun to mitigate 50 years of not-so-benign federal neglect. “More than a million American Indians and Alaska Natives are enrolled in coverage through Medicaid and CHIP, and many more are eligible for coverage as a result of the Affordable Care Act’s Medicaid expansion,” according to the U.S. Department of Health and Hu­man Services (HHS) 2016 Justification of Estimates for Appropriations Committees for the Indian Health Service.
Facing unprecedented damage pending passage (or partial adoption) of “Repeal and Replace” legislation being advanced in Congress, many of the nation’s 5.2 million American Indians will suffer even more than most other rural Americans, who will also suffer terribly if they lose their Medicaid coverage. If current levels of Indian health funding continue to decrease, the teetering Indian Health Care Delivery System—like Humpty Dumpty in free fall—may soon lie shattered, unrepairable by all the King’s horses and all the King’s men—these, at present, being Republican legislators.

The Devil Is in the Budget Details

At its heart, healthcare for American Indians has been initiated and sustained by Congress as a non­negotiable right, in exchange for tribal lands and loss of sovereignty. The federal Indian Health Service (IHS), an agency within HHS, has provided American Indians (AI) and Alaska Natives (AN) healthcare since 1955, following implementation of the Transfer Act of 1954 (P.L. No. 83-568).

IHS provides primary and public healthcare, along with facility construction and maintenance through a system of providers in 12 geographic service areas. American Indian clients can access services in 49 hospitals and nearly 600 other medical facilities operated by the IHS, tribes, Alaska Native corporations or purchased from private providers. Approximately 55 percent (1.8 million) of AIANs rely on this delivery system for their healthcare, according to an article in Nativenewson-line.net.
Indian healthcare budgets have suffered disproportionate funding shortfalls for decades, and are currently in danger of even more draconian cuts, personified by the Better Care Reconciliation Act of 2017. Although Sen. Tom Udall’s (D-NM) Senate Appropriations subcommittee secured a crucial 5 percent funding increase for fiscal year 2017, the Administration’s draft budget calls for $300.5 mil­lion in cuts to IHS, “a ‘complete departure’ from the progress made (under the Affordable Care Act) to rebuild the IHS budget,” according to the National Congress of American Indians 2016 Fiscal Budget Request.
Population Growth, Income and Health Status

The Census reports that the 5.2 million AIAN population is growing at three times the national rate, the number of AIANs ages 65 and older will triple by 2050 and the number of people ages 85 and older will increase by eight times, from 42,000 to 300,000, according to the National Academy of Social Insurance. Clearly, AIAN elders will be among the first affected and least able to recover from cuts to Medicaid and Social Security. Their loss of federal health cover­age cannot be replaced by the purchase of private insurance.

Annual median income for AIANs is $44,347, compared to $68,390 for other Americans. This and other social determinants of health contribute significantly to AIAN’s poor health status. In future years, the per capita wealth of Native elders will be about half that of the remainder of the older adult population. Social Security is often the only safety net between them and economic disaster. Forty-nine percent of elderly AIANs rely on it for 90 percent or more of their income, according to IHS.
Overall, poor existing AIAN health status compounds the current healthcare coverage dilem­ma. AIANs have an infant death rate 60 percent higher than whites. They die from higher rates, compared to the U.S. population, of tuberculosis (600 percent), alcoholism (500 percent), motor vehicle crashes (229 percent), diabetes (189 percent), unintentional injuries (152 percent), homi­cide (161 percent) and suicide (162 percent), according to NCAI.
Compared with the overall population, AIANs—to put it mildly—have poorer health and higher poverty rates than other Americans. America’s socio-political contract with Indian coun­try, known as the “Federal Trust Responsibility,” is clearly failing.
Connections to the Past and the Future

Indian country’s responses to health disparities often reveal a longer view of the social contract— perhaps best expressed in the Seventh Generation credo of the Iroquois Confederacy—a centuries-old coalition of northeastern tribes. It says that each of us should consider every action we take in terms of its effects upon on our unborn children seven generations from now. It emphasizes re­specting and preserving the safety and well-being of elders.

Older AIANs provide a connection to the past as keepers of their language, history and traditions. Native cultures have long valued elders for their wisdom, experience, knowledge and contributions to their communities. They represent, among other key values, our connection to the past—a connec­tion that America is stumbling to re-create. All the King’s men should be ashamed of their role in weakening Indian country’s precarious hold on healthcare sustainability. We all should be ashamed if we allow this to happen. n
Dave Baldridge, former executive director of the National Indian Council on Aging, is now director of the International Association for Indigenous Aging in Albuquerque, N.M. Baldridge is a member of the Cherokee Nation and a former ASA board member.
Editor’s Note: This article appears in the September/October, 2017, issue of Aging Today, ASA’s bi-monthly newspaper covering issues in aging research, practice and policy nationwide. ASA members receive Aging Today as a member benefit; non-members may purchase subscriptions at our online store.