On the Intersection of Violence, Isolation and Loneliness: An Interview with Dr. Elizabeth Tung 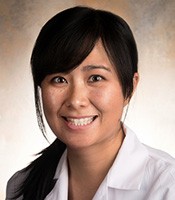 Dr. Elizabeth Tung is a primary care and internal medicine physician and social epidemiologist at the University of Chicago, specializing in social risk factors and health disparities related to chronic disease. Aging Today spoke to Tung in October 2019 about her study and recent paper, “So­cial Isolation, Loneliness, and Violence Exposure in Urban Adults,” co-authored with Louise C. Hawkley, Kathleen A. Cagney and Monica E. Peek, which addressed the impacts of high-crime neighborhoods upon the incidence of social isolation and loneliness.

Aging Today (AT): What first gave you the idea to conduct this study?

AT: How many older adults in the United States, on average, are presumed to be socially isolated?

AT: How many elders are lonely, and what are the outcomes of loneliness in this cohort?

ET: About one in three older adults are lonely, and there are a number of adverse outcomes. Some studies have shown that loneliness can lead to adverse health behaviors, such as binge drinking and smoking, or a reduction in good health behaviors, like medication adherence and having the recommended dietary intake of fruits and vegetables.

AT: Why would social isolation in older adults be heightened in high-crime neighborhoods?

ET: John Cacioppo [the late Tiffany and Margaret Blake Distinguished Service Professor at the University of Chicago, co-founder of the field of social neuroscience], a legend in the field of lone­liness, has said that one needs trust and security to feel connected to people. Living in a violent and hostile environment can make it difficult to feel those things.
There are potentially two pathways [to this situation], a pragmatic pathway, for instance, in a violent neighborhood people have a hard time getting outside, it’s hard to ride on public transpor­tation and people don’t feel safe and won’t go out at night.

The second pathway has to do with a constant sense of danger. One patient told me he was mowing his lawn when a young guy (about 14 years old) walked up to him with his hand in a paper bag. The patient thought it looked like a gun, and said his heart was pounding so hard he thought he was going to have heart attack. But the kid was trying to sell him a drill. This incident really bothered him. He said he doesn’t like to look at people that way—to have this inherent inability to trust people.

AT: Who did you interview for the study, and from which neighborhoods?

ET: We recruited patients from the South and West sides of Chicago, which are
epicenters of violent crime. We did in-person surveys where [research assistants] went to one aca­demic medical center and one neighborhood health center, and interviewed people for 60 to 90 minutes. We interviewed a little over 500 adults, who skewed older, the average age was 50 to 79.

AT: What sorts of questions were asked around violence?

AT: What sorts of questions were asked around social isolation?

ET: The survey used an in-depth social network assessment, including social network character­istics, like network size, frequency of contact, whether or not people lived alone, amount and fre­quency of social activities, volunteering, social support and loneliness.
People had to list every network confidant they had, meaning the people in their lives they con­fided in and talked to about important things. The average network size, or number of confidants, was 2.3. In other words, the people in our sample generally had two or three confidants, some had many more, but many also had none. We were surprised by how low that number was. Some of that is due to aging—network sizes tend to get smaller as people age. But a lot was because of our sam­ple, too, coming from epicenters of high violent crime.

AT: What were the findings regarding social isolation for these older adults in high-crime neighborhoods?

ET: Exposure to violence was linked to peoples’ social isolation and loneliness. We saw lower fre­quency of contact with people (in terms of people they confided in)—they saw or talked to them much less frequently than people who were not exposed to violence. There was a huge increase in loneliness. It was twice as high compared to the general older adult population in the United States.
Loneliness increased in a graded fashion with the severity of violence people were exposed to. People with PTSD (20 percent of our sample) had three times higher odds of loneliness. But lone­liness was also significantly higher for those who reported indirect exposure as a witness, friend or family member.

AT: And what were the findings for how loneliness affected their health behaviors?

ET: There was a reduction in the number of days that people consumed adequate fresh fruit and vegetables and adhered to their medications. We also saw an increase in binge alcohol use and tobacco use.

AT: What can you do about people who are afraid to leave their homes?

ET: There are some practical solutions. If someone is not filling their meds because they don’t have a ride until nighttime and they won’t go out at night, then we sign them up for a mail-order pre­scription. It’s an easy, tangible solution. We can also find indoor exercise programs for those who will go out during the day, but won’t do an outdoor walking group.
One healthcare system in Chicago, Oak Street Health, which serves only Medicare beneficia­ries, offers free transportation for every patient to and from healthcare visits. It eliminates the question of transportation by providing it. It has been proven to be money-saving because [Oak Street Health] has lower no-show rates. If healthcare systems can show that these types of initia­tives save money and help patients, maybe they could get funding.

AT: What about the current trend of “greening” vacant lots? What effects might that have and, if positive, what would it take to make this happen in America’s high-crime neighborhoods?

ET: There has been much research on how physical spaces impact violence and loneliness, and they are closely aligned. Studies have shown that greening vacant lots can reduce both loneliness and violence, and there is a lot of interest in this trend. There are a couple of standout pilot pro­grams, one being the Clean and Green Program in Michigan (tinyurl.com/y5vsbbm9), which has greened many vacant lots in disadvantaged neighborhoods, actively working out of Flint. And they’re looking at outcomes, the various health benefits.

AT: Finally, what types of programming could these study results point to?