Kathy Greenlee: Care about and advocate for humans—but be finance-savvy 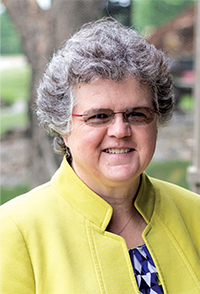 Editor’s Note: This past January, ASA surveyed its members about what it takes to be a leader in the field of aging, what members would like to learn about how to develop leadership knowledge, skills and abilities, and who best personifies leadership. ASA members identified respected leaders in aging—many of whom are well known to the ASA community and to the field at large. The following Q&A with Kathy Greenlee is the first two in a series of leadership profiles we will feature in the coming months.

Kathy Greenlee is a consulting principal in the Kansas City office of PYA, P.C., a healthcare consulting firm based in Knoxville, Tenn. From 2009 to 2016, she served as Assistant Secretary for Aging at the U.S. Department of Health & Human Services, where she created the Administration for Community Living and was its first Administrator. Greenlee also has served as the Kansas Secretary for Aging, Chief of Staff and Chief of Operations for then-Gov. Kathleen Sebelius and as General Counsel for the Kansas Insurance Department. She is a member of the Board of Directors of the National Council on Aging.

Kathy Greenlee: The main difference is the almost exclusive focus on human services. It’s a very person-based type of work, an advocacy type of work—it’s not about widgets or numbers. Leadership in the field of aging means being involved in an area that is high-touch, human-centered and it shapes leaders who want a high-touch role.

KG: I come from a small state, and had been in state government for a long time, so it’s easier to navigate; I knew people from all branches of government. I have used two types of networking, one is professional, as a leader in aging in the state and a member of a national association. The other is political, where I was actively involved at the state and local level. I needed both networks.

KG: Legal training [Greenlee has a Juris Doctor degree] is a solid foundation for any type of involvement in government, in any branch. The most helpful things I learned about along the way are Medicaid and insurance. I was at the [Kansas] insurance department for eight years and know the fundamentals of how insurance works. Because I knew Medicaid, I understood financing. When I talk to people entering any field, I talk about budgets. If you want to understand policy you must understand budgets. Leaders must understand money. Change comes from changing how the money is spent, especially for long-term strategy.

KG: To know that the greatest assets at your disposal are the people who work for you, and that your success depends upon them.

KG: I was in a job once where I felt like I could do a better job at my supervisor’s job than they were doing, but that person wasn’t going anywhere. So out of respect for that supervisor, I left. Sitting in that position is difficult and also isn’t respectful to the other person or to yourself.

KG: People who are interested in careers that can make a difference in people’s daily lives, working for the short- and long-term improvement of outcomes, should be attracted to this field, as that’s what it’s all about. What else should attract young people to the field is its complexity. I find it fascinating. The field of aging is so broad and complicated that people become multi-dimensional leaders. It’s very satisfying as a leader.