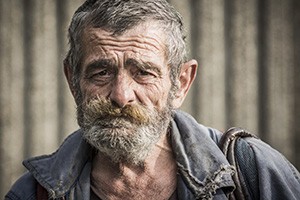 Editor’s note: The SCAN Foundation, The John A. Hartford Foundation, the Administration for Community Living, the Gary and Mary West Foundation, the Marin Community Foundation and the Colorado Health Foundation have united to fund a three-year grant to develop and es­tablish the Aging and Disability Business Institute, housed within n4a. Under the grant, ASA and n4a are collaborating on a series of articles and case studies in Aging Today that will help to prepare, educate and support community-based organizations and healthcare payers to provide qual­ity care and services.
Bay Area Community Services (BACS), in Oakland, Calif., deals with one of today’s more vis­ible and heart-wrenching issues—homelessness in a high-cost-of-living area. The 60-year-old non­profit provides short-term and long-term housing, rehabilitation services and mental health ser­vices, all for people ages 18 and older, and also offers older adult services and programming. A recent pilot program for short-term housing and respite motivated them to seek a partnership with a healthcare entity, and the collaboration proved it is possible to keep older adults off the streets, at least while they recuperate from hospital stays.
In 2013, BACS joined The SCAN Foundation’s Linkage Lab Initiative, which BACS Executive Director Jamie Almanza says “was like getting an MBA for our organization.” The tutelage helped BACS to think of themselves as a business first and to price their services accordingly, versus rely­ing on the “old-school nonprofit model of cobbling things together to make it work.”

Programming Is Geared to Partner's Needs

BACS first approached their current partner, a large healthcare system (serving 100 Northern California communities) by presenting a package of services based on what they had assumed the health system might find of interest. In talking with them, however, BACS realized that more than anything else, their partner needed help with the burgeoning older homeless population in Oak­land. These individuals had nowhere to go after hospital stays had rendered them too frail to live on the streets. The healthcare system knew BACS already served the frail homeless population, so BACS quickly developed a program to match its needs in Oakland.
“We heard what the potential [partner] wanted, and [we] … looked at our existing resources and assets, constructed a program design, made a financial plan and developed a budget,” Almanza says. BACS met with hospital discharge planners and leadership to ask which individuals were the most challenging to serve, and who needed the most support. This demographic turned out to be those with nowhere to transition, post-hospital stay.
“Originally, these people would get a referral to a local community shelter [upon leaving the hospital], but what’s tragic is most homeless exiting the hospital have no transportation ability (financial or skills-based) to get to the shelter, and the hospital doesn’t have the capacity to ensure that will happen,” Almanza says. Even if the older homeless adult were to find transportation to a homeless shelter, recuperating on a cot in a congregate shelter is not optimal. The BACS facility is a seven-story single room occupancy (SRO)–style building, but adapted for the medically frail, with private rooms, wheelchair-accessible bathrooms and a second floor used for respite.
The healthcare system’s discharge protocols meant that BACS would not have the time to labor over assessing and interviewing individuals; the partner wanted “extreme flexibility,” ac­cording to Almanza, which would allow them to provide a place for people to recover in a safe environment, quickly upon discharge. The health system trusted BACS’ level of care and BACS developed a program that was flexible, negotiated the rate and signed the contract (while adding in a contract provision to ensure the program was mutually financially beneficial, even if it start­ed out slowly with few people).
But from day one, BACS’ beds (they now have 30 in their Oakland facility for this program) were full all year, and the hospital discharge planners were “gracious and so happy to have this resource,” says Almanza.

The pilot Short-Term Housing & Respite program began a year and a half ago, and has far sur­passed both BACS’ and the healthcare system’s expectations, serving twice as many people as planned, and allowing BACS to double the size of its contract (number of individuals served) with its partner. “This particular intervention is very pragmatic and simple—not overly complex,” says Almanza, who adds that the bureaucracy in much of America’s healthcare system is too onerous.
One unexpected benefit to the success of this Short-Term Housing & Respite program is the reduction in the recidivism rate of older adults’ return to the streets while in a heightened med­ically vulnerable state. Additionally, the readmission rate to the hospital is low, at 5 percent.
This year, BACS decided to scale this success and, after a year and a half of providing the ini­tial Short-Term Housing & Respite service, BACS has replicated the program in Fairfield, a city in Solano County, 50 miles northeast of Oakland. This included purchasing a property that can provide housing and respite for 10 individuals (or older adults), and is modeled on their Oak­land program, in partnership with Solano County Mental Health Services. Almost immediately, the Solano County program cut down on emergency stays in local hospitals and reduced the county’s homeless surge.
Almanza’s greatest challenge now in further replicating the program is to find the capital with which to buy properties. “It’s in the strategic plan now to find capital to create more small respite programs,” she says.
Though Almanza sees daily the difference the program makes, the program’s positive impacts recently came into sharper focus. In mid-June, a Short-Term Housing & Respite client passed away at age 66 with Stage IV cancer in hospice care at BACS’ Oakland facility. The on-duty nurse had noticed he was fading and was preparing him to return to the hospital for pain management, when he requested to instead stay in his “home.” Even though he had only been there a week, he looked upon the respite center as his home and preferred to live out his life there rather than in a hospital. Almanza was buoyed by the thought that he had a choice, and was able to avoid dying on the streets.
Editor’s Note: This article appears in the September/October, 2017, issue of Aging Today, ASA’s bi-monthly newspaper covering issues in aging research, practice and policy nationwide. ASA members receive Aging Today as a member benefit; non-members may purchase subscriptions at our online store.