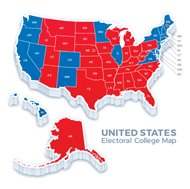 A recent report by the Centers for Disease Control and Prevention (CDC) shows the change in “preventable” deaths between 2010 and 2014. The report’s main take­aways were that, overall, the preventable death rate has fallen substantially since 2010; and there is substantial variation in the numbers of preventable deaths across regions of the country. These conclusions are more striking than they first appear, as the devil is in the details: how does the CDC define “preventable” in this report, and how much regional variation exists?

As a way of defining preventable deaths, the study posed this question: If death rates for persons younger than age 80 and attributable to the national leading causes of death in all states were equal to those for states with the lowest death rates, how many deaths would each state have? The difference between actual death counts and expected deaths under this strategy are defined as preventable.

Adjustments were made to compensate for differences in the age structure of states’ populations. For instance, Utah’s average age in 2014 was 30.4, while Maine’s was 44.1. So, we would expect Maine to have a higher overall death rate than Utah, because risk of death increases with age.

But there are other considerations the report doesn’t take into account that can underestimate the true number of preventable deaths. First, it presumes that states with the lowest death rates have no preventable deaths. However, many of their deaths could be preventable. The re­port authors acknowledge this limitation, noting there is no “gold standard” for defining and measuring preventable deaths.

Second, across the United States, the leading causes of death only account for 63 percent of all deaths to people younger than age 80, and in many states, diabetes, suicide, septicemia and other infectious diseases, such as influenza and pneumonia, are either in or near the top five causes, and account for a large number of deaths. Many of these also are preventable.

After seeing this, I examined the CDC data a little more closely and discovered that, in fact, of the 30 states that voted for Trump, 20 (67 percent) had preventable death rates above the average for all 50 states, plus Washington, D.C. In contrast, of the 21 states (including D.C.) that voted for Clinton, only four (19 percent) had preventable death rates above average. These results were the same for both 2010 and 2014.

And, although all states except Hawaii improved from 2010 to 2014, the 12 states with the highest rates were the same in both years, and only one of them—D.C.—voted for Clinton. Also, of the 30 states that voted for Trump, 18 (60 percent) saw less-than-average improvement in preventable deaths over the same time period, while six of the 21 states (29 percent) that voted for Clinton saw less-than-average improvement.

These findings are stark and telling, but they are not particularly surprising. Demographers and public health scholars have known for years, if not decades, that death rates in general are highest in the Southern, some Midwestern and some Western states. What the CDC report data show us is that much of the difference between the states may be preventable. Yet these are states that tend to vote Republican in contemporary elections. These states also tend to have the highest proportions of the population that live in poverty and are therefore Medicaid-eligible, yet they are many of the same states that refused Medicaid expansion under the ACA, and routinely cut education funding—two key public goods that are likely to reduce preventable deaths.

Consider Kansas. In 2010, Sam Brownback was elected governor of Kansas, and immediately slashed taxes, which has led to substantial cuts in education funding. Governor Brownback refused Medicaid expansion for Kansas under the ACA. Kansas had the 22nd worst proportion of preventable deaths in 2010 and the 18th worst proportion in 2014.

Preventable deaths can only be prevented if we invest in tools that enable us to prevent them. One can only hope that, with Mr. Trump as President, we won’t see the story that has played out in the states that elected him unfold across the country when the ACA is repealed.

Scott M. Lynch, Ph.D., is a professor in the Department of Sociology and the Population Research Institute at Duke University in Durham, N.C.