Re-career? It’s No Problem, with the Advent of Increasing Practical Guidance 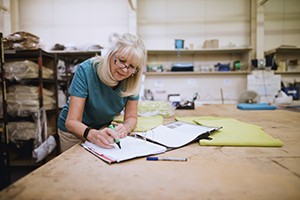 Editor’s Note: This column is sponsored by AARP Thought Leadership and AARP International. Thought Leadership drives the creation of a marketplace for new ideas by advancing emerging issues, challenges the status quo and inspires new solutions that empower people around the world to make the most of a longer and healthier life.

Given the economic uncertainty of the COVID-19 pandemic and the unanticipated stay-at-home quarantine, many people are thinking hard about their chosen careers and what might be the best next step, given this unprecedented experience. While some may be forced into a new career due to the painfully high number of layoffs, others may be fortunate enough to use the advent of a new flexibility to upskill and complete certificate programs.

Many universities and online educational platforms are experiencing an increase in program enrollment, especially among mid-life, mid-career individuals. But this is not a new trend. Increasingly, people are changing careers several times across their lives, both to pursue passions and advancement and to deal with life’s unexpected turns in health status and family situations, according to a new survey that builds upon research from AARP.

Greater longevity and the evolving nature of work are changing the way we learn, earn, connect and live. With people living longer, healthier lives, many individuals both want and need to work for extended periods of time, and given the rapidly changing nature of work, career trajectories also are changing.

Gone are the days when everyone expected to live a three-stage life: invest in education, work hard and then retire. The relationship between employer and employee also has shifted dramatically over the past 20 years, making commitment to one employer less advantageous. Instead, people of all ages are navigating a nonlinear, multistage life experience. And that has implications for their career.

Research abounds on how often workers change jobs, but re-careering is a different, bolder move. Careers are lifelong occupations that allow an individual to grow professionally and to advance within the hierarchy of a company, profession, sector or industry. Most workers (78 percent) will change careers at least once in their lives, according to the new AARP survey.

It is well noted by the Bureau of Labor Statistics and through other longitudinal data sets that workers across many industries change jobs multiple times—on average about 12 job changes over the life course. Quitting one job and accepting another is common—it’s just part of bringing home a paycheck. Yet, given longevity trends and the changing nature of work, largely driven by disruptive technologies such as artificial intelligence and machine learning, individuals are navigating a new work trajectory and experience. AARP set out to better understand how and why workers change careers, and found that career changes are understandably less frequent than job changes, and the person changing careers usually intends to advance in the new career.

Understanding why and how often people change careers gives greater insight into our workforce and changing economy, especially as the population ages. The long-held pattern —to work at the same job or profession right up to retirement—has become obsolete.

Switching Jobs More Than Once

Results from the national survey by AARP found that workers undergo their first career change at the mean age of 31 years old, but many workers experienced additional changes. At an average age of 36, one-quarter of people changed careers a second time. Going back to school and learning new skills were the most frequently cited reasons for these early career evolutions, as young workers found more stable career paths.

Some individuals switched fields to pursue a greater sense of satisfaction.

While three and four career changes are less common (15 percent and 6 percent, respectively), many people continue to learn new skills or hone existing ones, either for career advancement or in anticipation of a career change.

Along with gaining skills and education to seek new career paths, people change careers to maximize their earnings and status. Others make a change when displaced because of automation. With disruptive technologies affecting labor demands and constantly changing the workplace, certain occupations are newly created, while others become obsolete. The automation factor is driving workers of all ages to career hop, leveraging transferable skills or having to learn new skills.

Age also factors into the re-careering equation, AARP found, not only in the context of delayed retirement or post-retirement lives, but also in the recasting of careers in earlier and various life stages. Respondents ages 35 to 54 were willing to jump careers without much concern about instability or risk, while respondents ages 55 to 74 stayed with a position or a career until retirement. In many cases, these older workers found post-retirement careers more in line with a particular passion.

AARP’s new research highlights how companies can implement tools and programs to make sure their workforces can adapt quickly, which could eliminate the need to re-train workers and instead help to build workers’ skill sets. Use of these resources can ensure that workers are both effective and innovative within these times of great global and economic uncertainty.

To spur discussion about the implications of longevity for workers and employers, AARP has teamed up with the World Economic Forum and the Organisation for Economic Co-operation and Development in an initiative called “Living, Learning & Earning Longer.” In coordination with these partners, AARP engages global corporations to establish the business case for age diversity and to highlight promising practices from around the globe.

Through a C-suite learning collaborative of multinational employers, Living, Learning & Earning Longer partners agree to share existing resources and, where knowledge gaps exist, collaborate on new research. To date, the collaborative features 27 multinational employers, representing several industries, 1.4 million employees and $836 billion in revenue. The collaborative is working to strengthen the business case for age diversity and inclusion, and plans to publicize promising practices that will populate a digital learning platform, which is set to launch at the 2021 World Economic Forum in Davos.

AARP has found that many global employers already are responding to the changing demographic landscape with new programs and offerings. For example, Goldman Sachs became the first financial services firm to launch a “returnship” program, which was originally designed for women re-entering the workforce after maternity leave. The program, similar to an internship, offers a period of guided exploration during which workers sharpen skills and ease into a work environment that likely has changed while they were away.

The concept resonated beyond its developers’ original intent: employers saw that workers of all ages, genders and circumstances want opportunities to re-train and re-enter the workforce after a hiatus of any reason. Today, Morgan Stanley, MetLife, JP Morgan and Fidelity have established similar programs.

This is just one example of the promising practices AARP is collecting as it works to help discover new ways employers can support employees navigating a non-linear, multistage life, while also recruiting and retaining the best talent to boost the bottom line. To learn more and engage, visit www.aarpinternational.org/llel.

Ramsey Alwin is director, Thought Leadership–Financial Resilience, at AARP, in Washington, D.C. You can follow her on social media @ElderNomics.