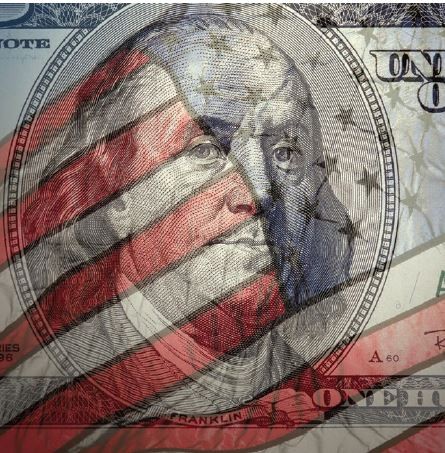 Even a few months into 2018, policymakers, reporters, economists, accountants and ordi­nary Americans are still working to understand the impact of the tax law that Republicans passed in a mad rush at the end of 2017. Little attention, however, is being paid to how the new law affects older adults.
The following are three things about the new tax bill that should worry advocates for older adults:
First, the tax law will accelerate the already historically high income and wealth inequality in America. The tax bill provides large tax cuts to the wealthy and to large corporations while provid­ing minimal-to-no relief for low- and middle-income families. According to the Center on Budget and Policy Priorities, more than half of all wealth in America is held by just 3 percent of families. Yet, under the new tax law, the bottom three-fifths of Americans will see their tax bills rise by 2027, per The Institute on Taxation and Economic Policy, as temporary tax cuts for individuals expire and corporate tax cuts remain permanent.
Growing levels of inequality are bad news for older adults. Elder poverty rates are already high and growing—even while some smaller groups of older adults continue to do well financially. In the most recent report from the U.S. Census Bureau, the percentage of older adults living in poverty, per the Supplemental Poverty Measure (SPM), grew to 14.5 percent, or 7.1 million older adults. More than 40 percent live below 200 percent of the SPM: that is more than 20 million elders struggling to make ends meet. The decision to restructure the tax code to shift more wealth to the already very wealthy instead of to the middle class will only exacerbate this growth in the senior poverty rate.
Second, the tax law is a giant missed opportunity. If Republicans in Congress were going to make dramatic changes to the tax code, they could have taken action to address some of the chal­lenges those in the field of aging have identified, such as caregiving and retirement security.
Forty million Americans care for an older adult in their family, providing unpaid care valued at about $470 billion a year. Caregivers face incredible social, emotional and financial stress; one way to better support them would be to create a tax credit to assist with some of the expenses of caregiving. A bipartisan proposal to create a caregiver tax credit already exists: the Credit for Caring Act. Unfortunately, a caregiver tax credit did not make it into the final tax bill. Even more depress­ing, there was never any serious consideration or discussion of including a caregiver tax credit in the bill.
Retirement security provides another example of a missed opportunity. A growing body of re­search reveals that we are headed for a retirement crisis. Our economic policy over the past several decades has led to stagnant wages and a decline in pension availability. As a result, fewer and fewer Americans have been able to save for retirement. According to the 2016 Survey of Consumer Fi­nances, 48 percent of households have no retirement account (not including defined benefit pen­sion plans or Social Security accounts.) Again, if it were a priority of the Congress, new incentives and vehicles for retirement savings could have been part of the tax bill, but no such provisions were included or seriously considered.
Finally, the tax bill is a prelude. The tax bill is just the beginning of a broader effort the Repub­licans in Congress have developed to undermine programs that help older adults meet their basic needs. The first step was to pass this tax law, which adds $1.5 trillion or more to the federal budget. The next step is to point to budget deficits to support calls for reducing spend­ing on programs like Social Security, Medicare, Medicaid, Supplemental Security Income, the Sup­plemental Nutritional Assistance Program and more. Republicans will claim that, given our cur­rent deficit levels, these programs can no longer be maintained in their current form.
This is where the new tax law may be most relevant and dangerous to older adults and their families. If we allow tax cuts in the law to be used as an excuse for cutting safety net programs, millions of lives will be negatively impacted.
The new tax law shows that there is no policy in America that is not an aging policy. Those in the field of aging must organize and advocate to influence federal policy–even tax policy–to en­sure the rights and needs of older adults are protected. The opportunity to inform the tax law has passed, but those of us in the field of aging must be ready to influence what happens next.
Kevin Prindiville is executive director of Justice in Aging.