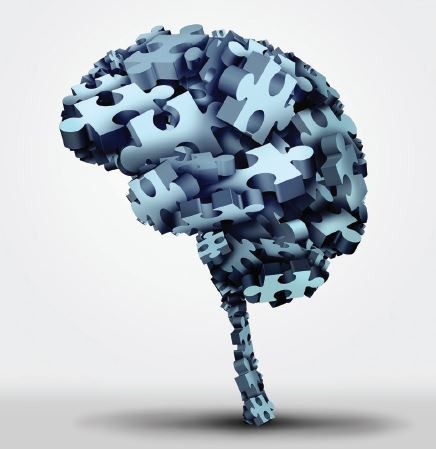 Previous research has shown that lesbian, gay, bisexual, transgender and queer (LGBTQ) older adults face unique health disparities. Compared to older adult heterosexuals, LGBTQ older adults are more likely to report higher rates of several chronic conditions associated with dementia. This includes 47 percent of LGBTQ older adults living with a disability, 31 percent experiencing mental health distress and-or depression and 53 percent experiencing loneliness. It has been suggested that these challenges may be linked to structural fac­tors such as inequality, discrimination and a reluctance to access healthcare.

These findings led me to investigate dementia risk and related risk factors for LGBTQ older adults. Using one of the nation’s largest longitudinal datasets, the Research Pro­gram for Genes, Environment and Health (RPGEH), I am exploring dementia risk and risk factors for lesbian, gay and bisexual (LGB) older adults (N=4,400) and a comparison group of heterosexu­al older adults (N=181,760). The study population consists of members (ages 60 and older) of the Kaiser Permanente Northern California (KPNC) health system.

KPNC is a large, integrated healthcare delivery system that provides comprehensive medical care to more than 3.9 million members (approximately 30 percent of this geographic region). The study also includes up to 20 years (1996 to 2015) of electronic medical record data on health diag­noses, including dementia. And this unique dataset is representative of this region in terms of race-ethnic and socioeconomic backgrounds.

These dementia estimates for LGB older adults do not account for age, sex, race-eth­nicity or educational differences. It is known that those demographic factors are direct­ly related to risk of dementia in late life. LGB older adults in RPGEH are also unique in that their education level is very high (more than 60 percent have a college degree or high­er), and they are about two years younger than their heterosexual counterparts (mean age for LGB was 69 years and 71 years for heterosexuals).

There were also some unique risk factors to note: LGB older adults in RPGEH had a higher rate of depression compared to their heterosexual counterparts (35 percent versus 28 percent, respec­tively).

The study also found that post-traumatic stress disorder (PTSD) was higher among LGB older adults compared to heterosexuals. This is concerning, given that our previous study among KPNC members found that PTSD was associated with a 73 percent increase in risk of dementia.

These findings have begun to elucidate the challenges and risks of dementia faced by the LGBTQ aging community; these include social isolation, loneliness, lack of social support, limited caregiving re­sources and discrimination when seeking care and social services for LGBTQ older adults, especially for those with dementia and their caregivers and chosen family. We need more research to better understand dementia risk and risk factors among LGBTQ older adults, and to promote early detection and screen­ing for dementia and inclusive care for this population.

Jason Flatt, Ph.D., M.P.H., is an assistant professor in the Institute for Health & Aging, School of Nursing, University of California, San Francisco. More information about his research is at https://profiles.ucsf.edu/jason.flatt and www.rainbow sofaging.org/.