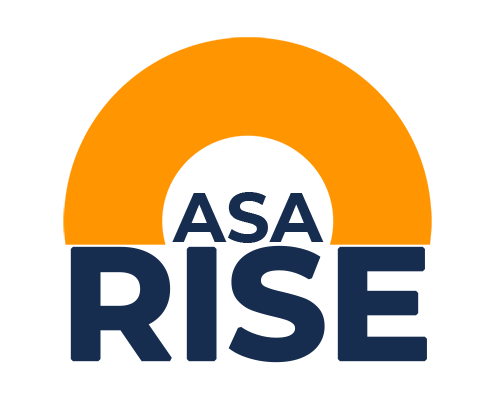 UPDATE: Applications for the inaugural cohort of ASA Rise will open on August 24, 2021.

The field of aging needs more leaders of color—and a modern, sustainable leadership program to support them.

Aging in the United States has never been an equitable experience across the barriers of economic and social justice. Exacerbating this issue is the fact that those who can best drive the change we need are often the people who were raised, live and work in the communities most affected by these inequities. And so, much too often, the same inequities and lack of justice that require our response are those that prevent the most qualified people from having access to lead that response.

ASA Rise will change this.

Our vision for ASA Rise is that it will lead to improved well-being across a diverse aging population by creating a BIPOC leadership pool that improves policies and programs at the local, state and national levels.

10 weekly classes starting in January of 2022

In year one, fellows will  lead a national allyship project in one of ASA’s five strategic priority areas to drive systemic change in aging: Ageism & Culture, Economic Security, Equity & Justice, Health & Wellbeing, or Social Impact & Innovation. Fellows will hear from other pioneering organizations across the country that are positively impacting older adults. In addition to completing the project, fellows will explore the five elements of effective presentations: assess the speechmaking situation; analyze the audience; research the topic; organize and write the speech; and deliver the presentation. This will prepare them to present during an ASA national webinar as part of the ASA RISE Fellows Allyship forum series during the summer of 2022.

In addition to the curriculum, ASA Rise fellows will be paired with a mentor who will meet with them bi-weekly over the 20-week program. The role of the mentor will be to ensure fellows remain on track, are able to share their experiences, seek advice and counsel and ultimately expand their network.

Click the button below to receive a notification when we open applications.